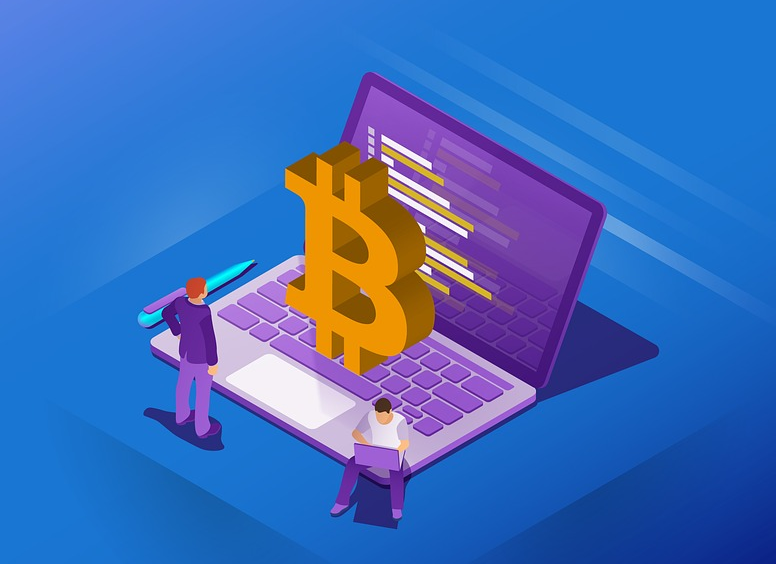 Bitcoin has been around for eleven years now, but the crypto currency is still far from being suitable for everyday use as real money. Individual transactions are too slow, too cumbersome and too expensive. A new protocol is now to change that.

It’s hot, loud and smells like dark, strong coffee this Saturday afternoon in a spacious Berlin coworking space. About 200 developers, tinkerers and passionate Bitcoiner came from all over the world for a two-day hackday. They want to hear presentations, build prototypes and discuss the most pressing issues of Bitcoin, the digital money that will be ten years old in these months. Although 64 percent of Germans have heard of Bitcoin by now and almost half of the 18- to 34-year-olds in this country consider crypto-currencies an interesting investment, digital money hasn’t really caught on in everyday life yet.

“The original idea of Bitcoin is to put money into the hands of many people. To be able to offer an alternative and with it more self-determination, personal responsibility and individual freedom,” says Jeff Gallas, whose research start-up Fulmo regularly holds Bitcoin hackdays like this one.

The fact that Bitcoin still exists as a decentralized project after ten years is therefore in itself a success, he says. After all, the Blockchain as an infrastructure technology has shown that money independent of states and banks is possible, at least in theory. However, the first purely digital money is still far from fulfilling the self-imposed requirements as global universal money.

It is true that Bitcoin can already be used to send monetary values to virtually any place in the world around the clock without having to fear that the transaction will be censored or manipulated.

However, the capacity of the system is still very limited. Too much for millions of people to be able to use digital money conveniently in their everyday lives right now. Currently, the block chain can only process three to seven transactions per second.

The transactions need at least ten minutes to be finally confirmed. And if the network is heavily loaded, the necessary fees for the user threaten to skyrocket unpredictably. This was last seen at the end of last year, when urgent Bitcoin transactions were only possible if one was willing to pay 20 euros or more for their processing.

“The big disadvantage of payments with Bitcoin up to now is that every single transaction is processed via the block chain and communicated to virtually the entire world, because everyone in the network has to see and process this transaction and track it in their internal accounting,” explains Christian Decker from Zurich. He describes himself as a Bitcoin enthusiast from the very beginning, wrote his doctoral thesis on Bitcoin and is now working with the US start-up blockstream on a solution to solve Bitcoin’s scaling problem.

Millions of payments in seconds

Decker estimates that one channel in the lighting network can process up to 500 transactions in one second. And that’s just the beginning: He is already experiencing debates about how to ensure that a Bitcoin transaction does not take longer than a tenth of a second, the expert explains.

There is a great deal of euphoria that can be felt on this day, not only among Decker, but among all the participants of the Hackday. A spirit of optimism, which has brought them together in Berlin from Japan, South Africa, the USA and many other countries to deal with Lightning conceptually, but also to gain practical experience.

On the tables, which are used for tinkering and coding parallel to the lectures, there is therefore the prototype of a candy machine that spits out a handful of chocolate lentils for every Lightning payment. Next to it is a selfie camera that takes the photo and directly tweets when the payment is successful, surrounded by a whole series of freshly configured Raspberry Pi mini-computers. Each one is a full-fledged node in the Bitcoin and Lightning network. They are designed to support and further increase the capacity and stability of this decentralized payment infrastructure. And thus follow a trend.

Since the Lighting network officially moved from the test network to the main network at the beginning of the year, it has already grown to several thousand nodes and over 12,000 interconnected payment channels. There are no exact figures, as data on this network, which was designed for anonymous payments, cannot be completely recorded centrally. However, even the incomplete data show that this is not the case: Lightning is not only a topic of discussion here in Berlin on this day, but also inspires the global Bitcoin community as a whole.

This jubilation is the result of a tremendous drive to act, which is breaking its way after years of being slowed down and increasingly dammed up by the community itself. The Lightning concept was introduced as a scaling solution for Bitcoin as early as 2015. However, the community was unable to agree for a long time whether off-chain transactions were really the best way to make Bitcoin an everyday currency. The approach was considered too experimental by the so-called “big blockers”.

They feared that the financial incentives for the miners would be reduced if they were to continue to secure the network with their computing power without paying a transaction fee. Moreover, the development and testing of Lightning would take far too long – if the concept as a whole worked at all. As a quick and easy solution, they therefore wanted to gradually increase the data limit of the Bitcoin block chain blocks to allow more transactions.

However, this scaling approach was not only rejected by others as fundamentally inadequate, but also criticized for the danger of centralization. It was argued that if the block chain database grew faster and faster, the cost of operating a node in the Bitcoin network would also increase. This would endanger decentralization and with it Bitcoin’s resistance to censorship and manipulation, its greatest asset.

Last August, this conflict finally escalated. The Bitcoin community split and with it the Bitcoin block chain. Some of the miners and node operators followed the vision of the big blockers, implemented codes to increase the size of the data blocks, and thus created an independent variant of Bitcoin that was no longer compatible with the original: Bitcoin Cash.

However, the vast majority of miners, developers and users did not follow the fork, but stayed with the original Bitcoin with Lightning as their preferred scaling option, which was now easier to implement without the resistance of the big blockers. The market also reacted very positively to the resolution of the conflict. Immediately after the Bitcoin cash fork, the Bitcoin price began to rise rapidly and finally developed the euphoric momentum that culminated in an overheated all-time high of nearly $20,000 at the end of last year.

In the long term, however, we must still consider increasing the size of the data blocks, even with the original Bitcoin. As a data scientist with a focus on “Scaling Web Architecture”, he will speak at the Hackday about the numerous still unsolved challenges of the lighting network. The limited capacity of the Bitcoin block chain is still one of them.

Since each individual payment channel must first be anchored on the Bitcoin block chain with an individual opening transaction, it would take several years, given the currently available capacity, before one billion people would have their own payment channel and could use Lightning with it. Provided, of course, that the Bitcoin block chain would not process any other transactions during this time.

As an interim solution, as the Bitcoin community keeps telling us, service providers who already have many open channels and are well networked could first of all enable people to access Lightning via their infrastructure. That would be user-friendly and above all convenient, but the crux of the matter is obvious: because the idea behind Bitcoin is actually to overcome middlemen such as banks, not to reintroduce them in a new technical guise.

This problem is just one of several that demonstrate: For all the new euphoria that Lightning has brought to the community, the network is still a long way from mass market. However, nobody will be discouraged by this at the Lightning Hackday in Berlin.

The participants here say that Bitcoin has been operating according to a work-in-progress principle for ten years: the more urgent a concrete problem becomes, the greater the community’s incentive to solve it. First of all, they say, one must ensure that the lighting network manages Bitcoins just as stably, securely and reliably as the block chain. Safe and convenient applications for the masses are only the next step.